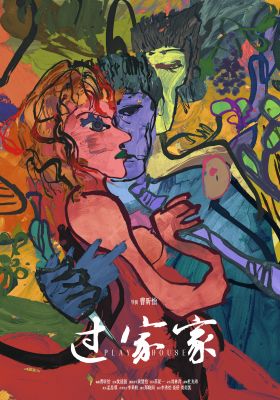 Runtime : 26 minutes
Language : Mandarin
Subtitles : Chinese, English
iMDB : https://www.imdb.com/title/tt19268584/?ref_=fn_al_tt_1
Douban : https://movie.douban.com/subject/35914294/
Director‘s Statement In sex industry, there is no lack of role playings and body renting, which makes me reflect on the boundary between truth and falsehood in our daily lives, and the impact left by the family of origin.

Xiao Lin and Chuan Yu are placed in the gap between truth and fiction in this family role-play. Sometimes they are themselves, sometimes they are forced to act like wife and daughter. Being tore apart, their original utopian relationship is eroded.

Through this 'playhouse', I hope we could question: is this patriarchal family happiness? Or, the boundary becomes blurry and non-significant nowadays?
In brief, I hope this short film could challenge some social construction in a feminism way. As long as we feel confused, even for a minute, that is a rebellion against things taken for granted.