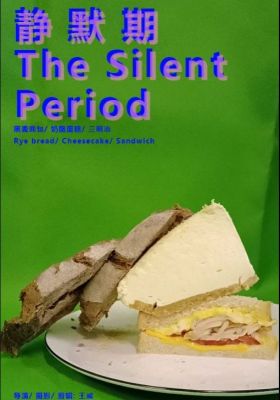 Story:
Rye bread presses cheese cake and sandwich downwards, caused the collapse for all, they were eaten at the end.

The name of the film is quoted from the Russian announcement in Ukrainian War, ‘silence period’, a temporary and partial ceasefire to provide Humanitarian Corridors for the Ukrainian citizens to leave the combat zones. What interests me is the words frankly point to an auditory matter as well as implies that the war does not end. The even tricky part of the description is it tends to hide the fight and struggle behind. In fact, the conflict is still fierce in this period, different forces ally and regroup, collect powers and exclude dissidents, prepare weapons and finance, apparently never stop to orient the direction of the war, in the way a political war of national interests is clearly demonstrated and visualized. No matter what form of the war is, it certainly causes the lost of the innocent lives, the ruin of historical heritage and achievement of civilization, last but not least, the non-reparable trauma and segregation among human beings, there are no winners.

I chose three kinds of food, rye bread, cheese cake and sandwich to symbolize the three major conflicting forces of the war, the rye bread presses downward from the top, who causes the deformation, collapse and deportation out of the plate to the others, but no matter who they were, either the presser or the receiver has fallen to pieces ,mixed together, and become a mess that can not clean up. However, for the eaters they are barely food, a dish of the meal.

Until the end, a sound from the toaster breaks through and makes the top rye bread fall down, which implies the failure of mass and stateliness while confronting technology and wile.

Rye bread presses cheese cake and sandwich downwards, caused the collapse for all, they were eaten at the end.
0:00 0:00